1. Seing "Brave", "Maleficent" and "The Fault In Our Stars" on the same night; perfect combo!

2. Going back to school went better than expected!

3. Went back to school without starting to smoke again (school was the place where I smoked the most during breaks!).

4. A letter from my penpal Pauline that went straight to my heart.

5. The fact that Uncustomary invited me to guest post on her blog! Made my day, week and month!

6. Learning to make/sow hair bows from Ida (my sister) - Thank you so much!

10. Deciding to do something creative every day, no matter what.

Tom Hanks has always been around. Well, for as long as I can remember, anyway. But for some reason, I've always been like "that dude could be my uncle", and never really regarding him as handsome beyond the polite handsome description you would use about an..well, uncle, I suppose.

But then something happened. Because I got super into the TV show "30 Rock" during summer time, and in one episode, Tom Hanks is knitting a blanket (or doing something crafty with a blanket, at least), and after hanging up the phone, he sings "My Life" by Billy Joel, and I was like; "Well, hello there!". So, a man I originally did not find attractive does some crafts and all of a sudden he IS attractive to me? It's the Ryan Gosling thing all over again, although I DID find him VERY attractive from the get-go of course. But when I found out that he likes to knit..well, lord have mercy.

Anyway, what I was GOING to say, is that because of my new celebrity crush, I attempted to draw/paint Tom Hanks, and ended up with a man looking..somewhat (at least a little bit) like Tom Hanks. So, here it is, for your viewing pleasure: 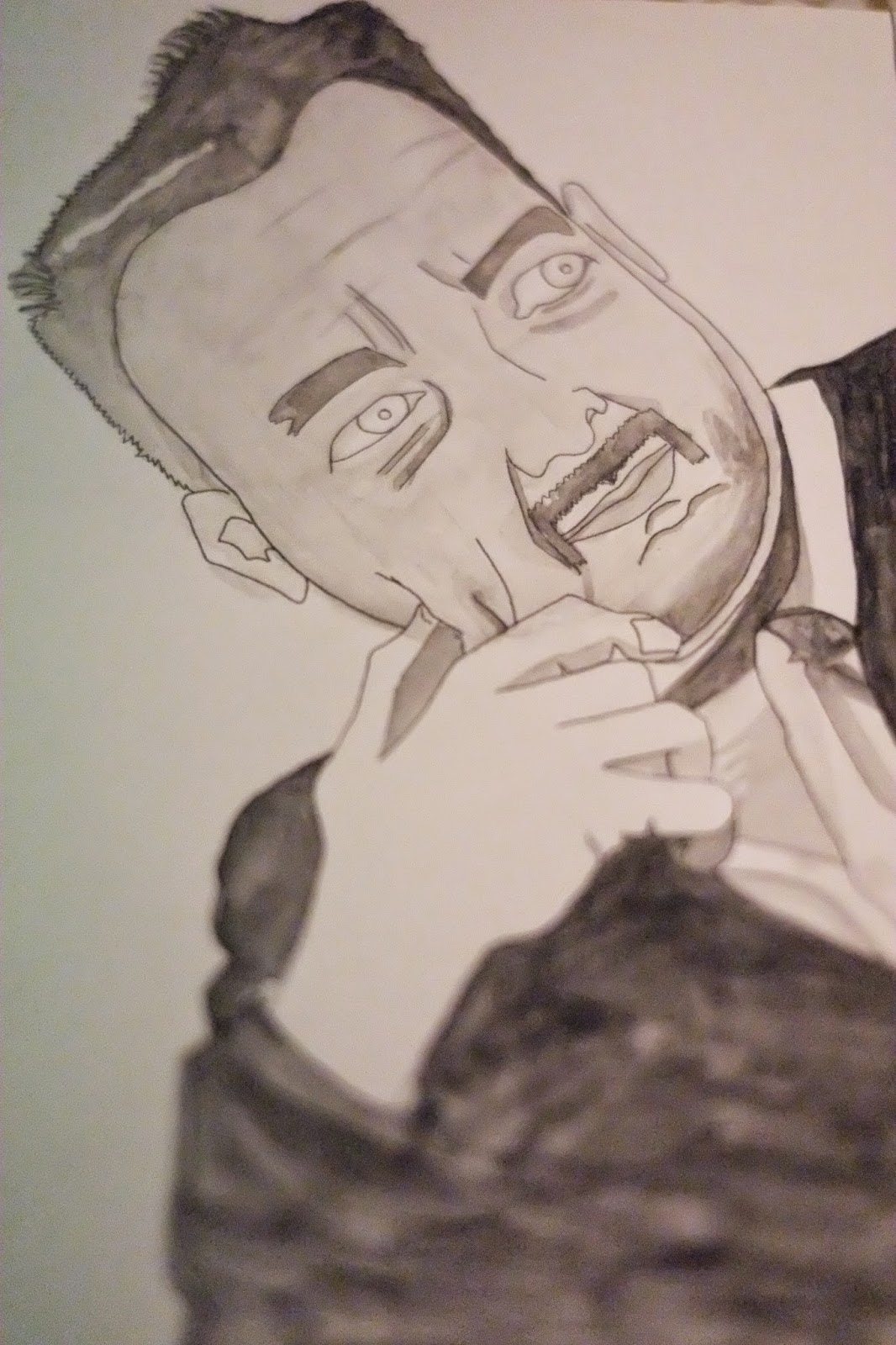 Oh, and the episode is number 21 in season 5, for those interested.

Whenever my creativity needs an extra boost, I put on some music that inspires me.
I often go for the more melancholic tunes, but my rule of thumb is that there is something good in every genre (so don't knock it 'till you've heard it).

Here are some of the tunes I love the most these days: 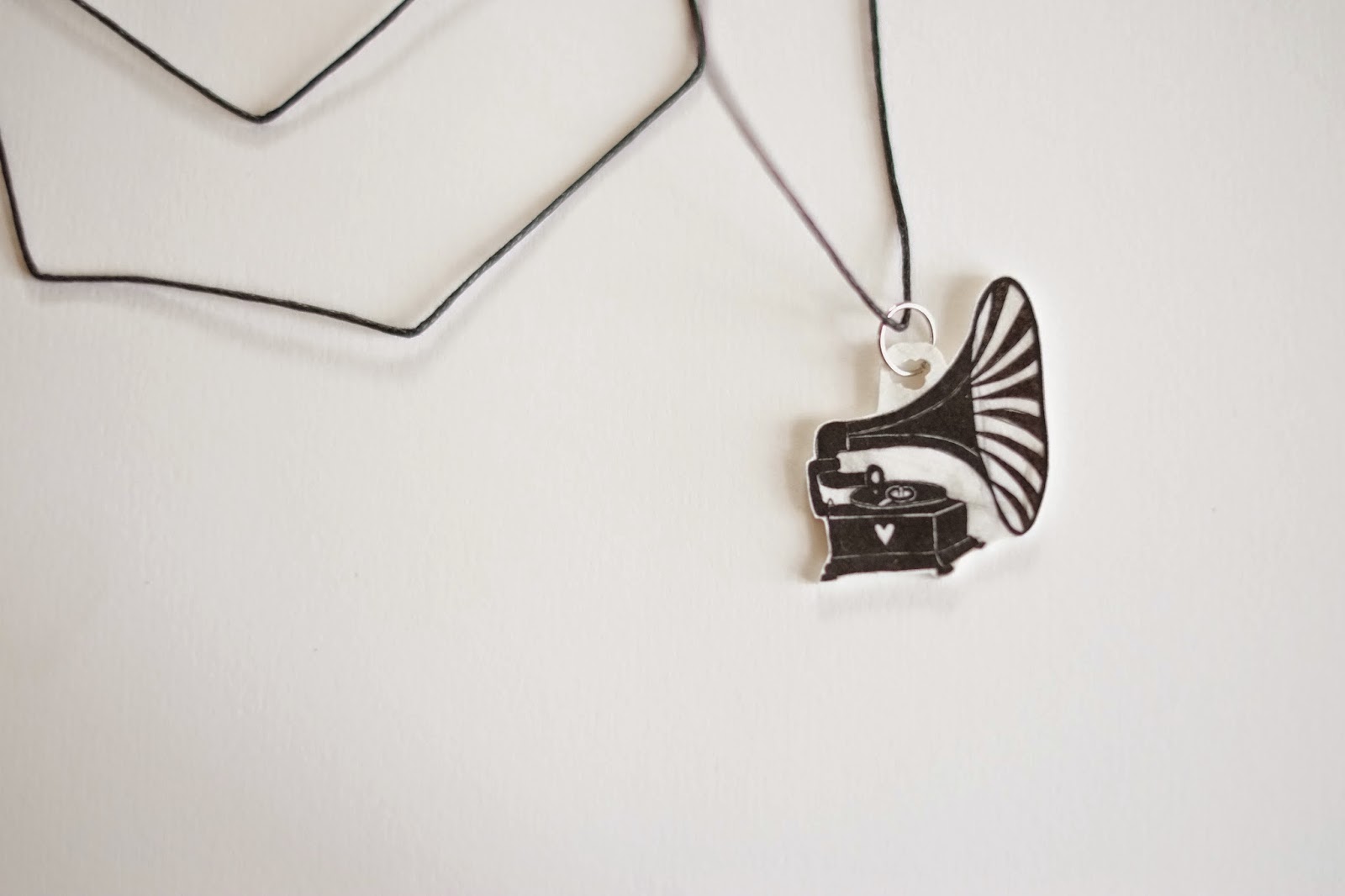 Ever since I was little, I found great comfort in stuffed animals and the cuddles they give. They were always there, through thick and thin, through disappointments and sadness, through triumphs and joyous times. Always there. And I love them for that. I'm forever greatful, in fact, which is why I started making my version of them at one point. Until one day when I became convinced I was too old to make stuff like that. "What will people think?". It made me so unhappy, of course, because making quirky things is a part of who I am, and an important part of what makes me happy. So, after a while, I said to myself:"me, you know what people will think? There goes a happy person!". So this is an ode to all the things that makes us happy, no matter if it is socially accepted or not (granted you don't hurt anyone else or yourself of course!!). Do your thing and be yourself and f*** the unnecessary bulls*** ! It's not only okay, but in fact it is required for you to be yourself at this point in time! So let's make like scruffy cuddle kitty, and stride with pride! 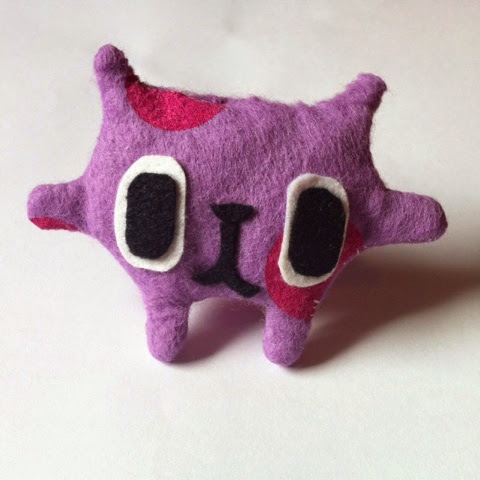 One of my penpals, Pauline, sent me this great quote about what being an optimist means: 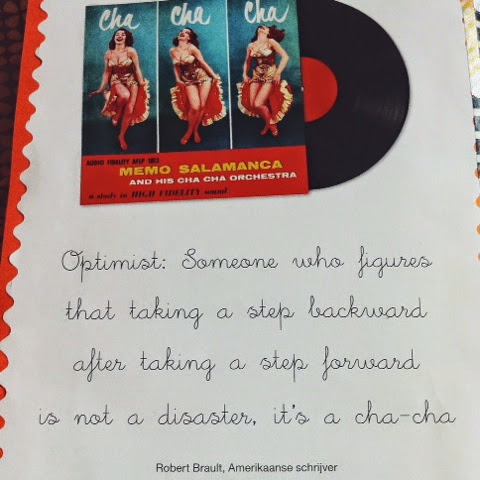 I don't like letting go of my clothes. But sometimes I really should. Like when old t-shirts have gotten that distinct and undeniably gross stank it acquires after years of having been worn and kept you warm and stylin' through thick and thin. It sucks balls, 'cause those t-shirts are a part of me. But I can't wear them. Thinking I should throw them away. Staring at that Pixies t-shirt that I love sooo much, which was the last shirt that the handsome, tattooed, sketchy looking guy at that festival had to sell, and I felt SO lucky when I got one - the last one! HELL IF I'M THROWING THIS OUT! But I want to wear it too. What to do, what to do.. I know! I will upcycle it! So I got to work: 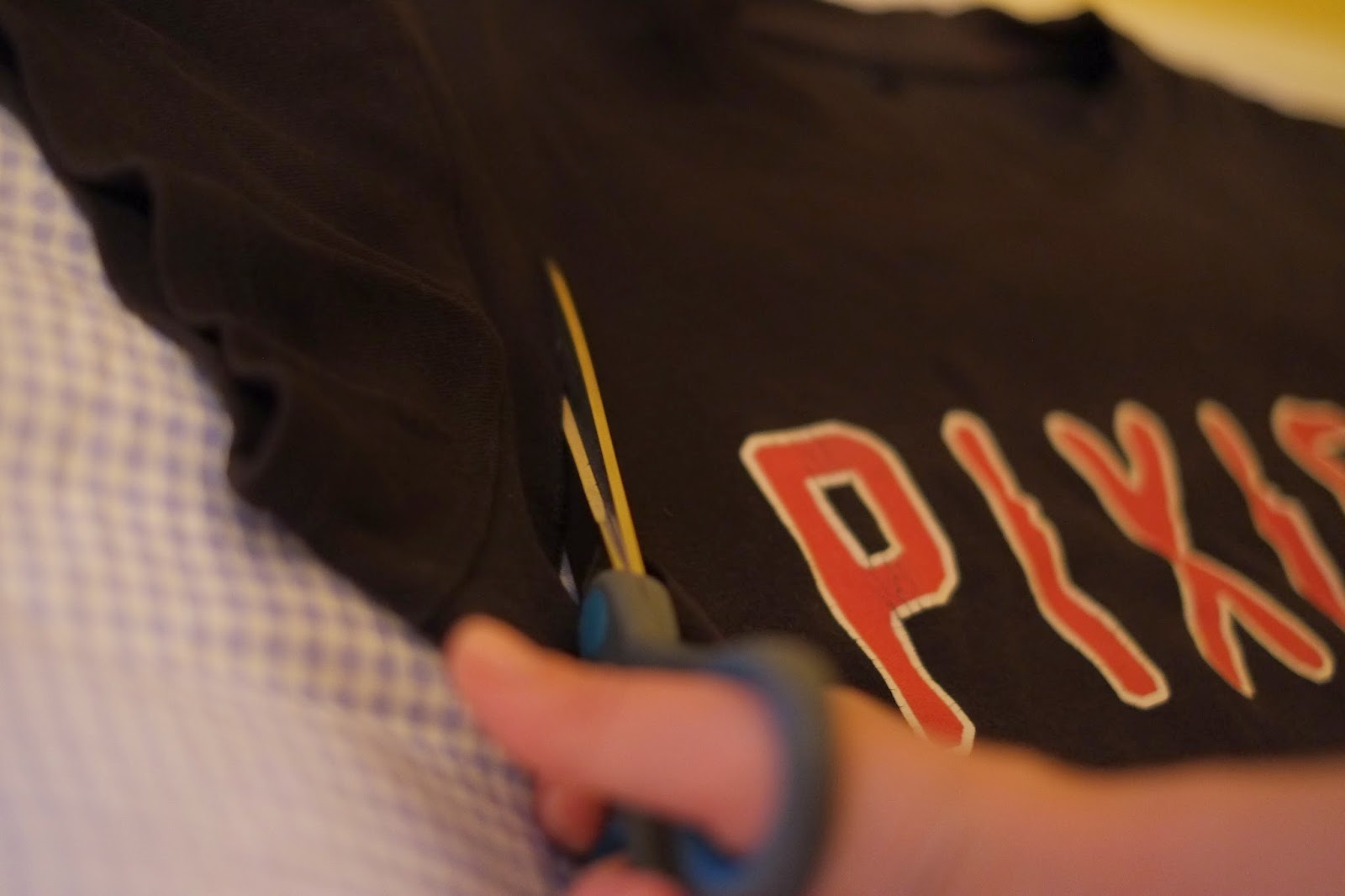 Then I cut around the neckline of the t-shirt (this is optional, of course, I just like it better this way): 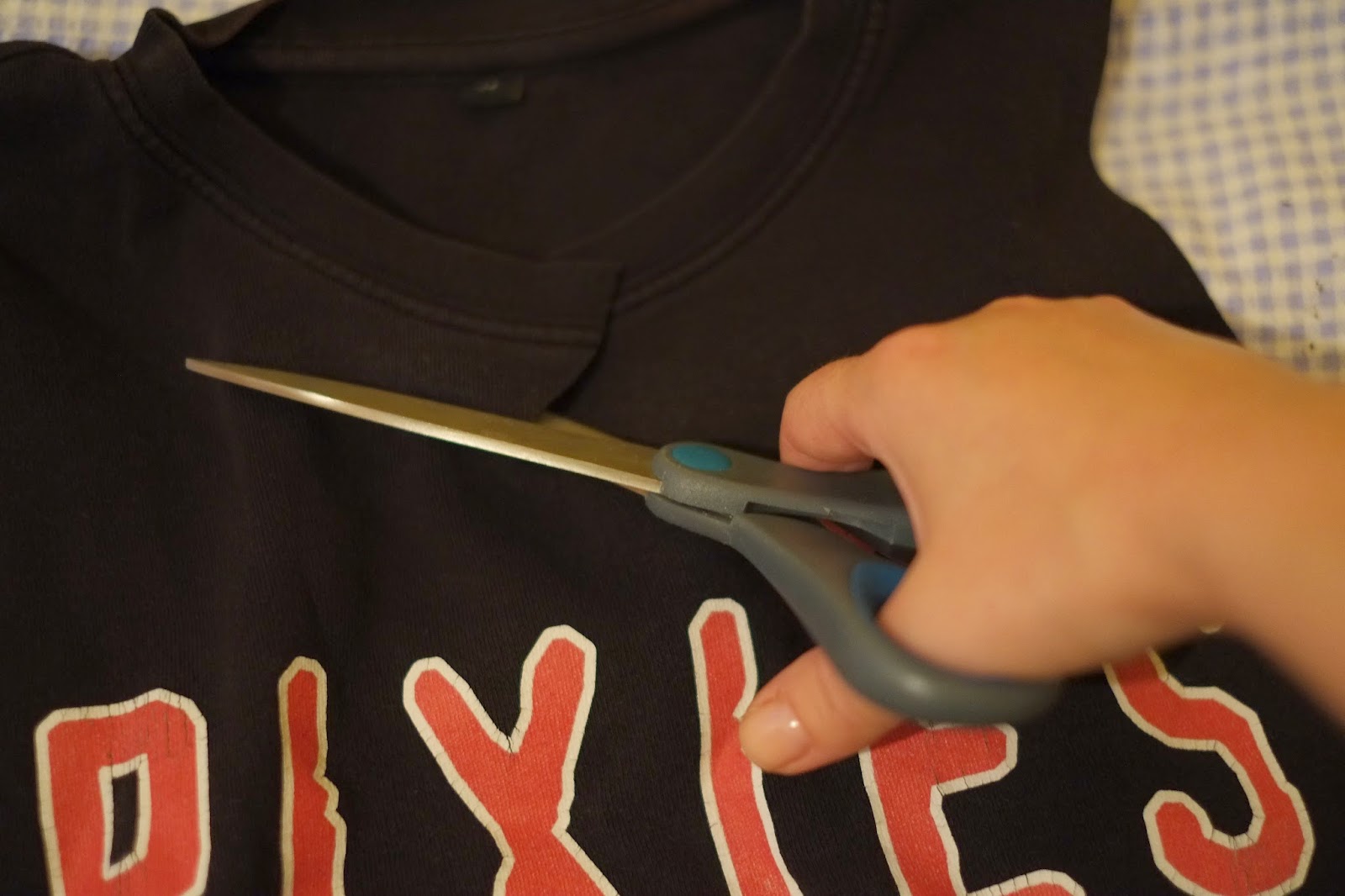 Did the same at the bottom of the t-shirt, like this:

And viola - this is the result:

And I am super pleased, I love my old but new Pixies top!

That wraps up my super easy DIY tutorial that can help you save your fave t-shirts! Have fun cropping!

Ps: If you decide to try it out, I would love to see how it turned out. :)

High fiving my shadow self. 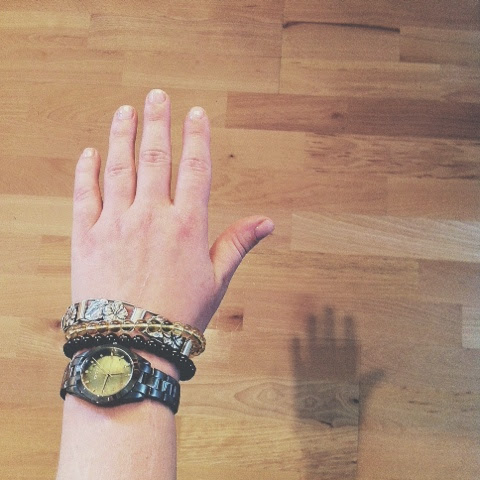 High fiving my shadow self on this friday. Accept all parts of yourself beautiful.
Lagt inn av The Skull Bank/ Skallebanken kl. 10:13 2 kommentarer:

The Skull Bank on Etsy

About The Skull Bank

The Skull Bank is an etsy store that started up in 2013, after getting inspired and urged to do so by some lovely people. There is also a norwegian equivalent at epla.no named Skallebanken. This blog is an extension of those stores, and an outlet for creativity, basically.